It has been a LONG road to today.

Last July, specifically, July 17, 2019, Colten was a very excited recipient of a GoHawkeye grant, which allowed him to get a FreeWheel from Living Spinal. Today, almost a YEAR later, he is finally able to actually benefit from this amazing grant and opportunity!

Let me step back a little in the story though…

In May of 2019, we took our boys on a scout camping trip in Michigan. 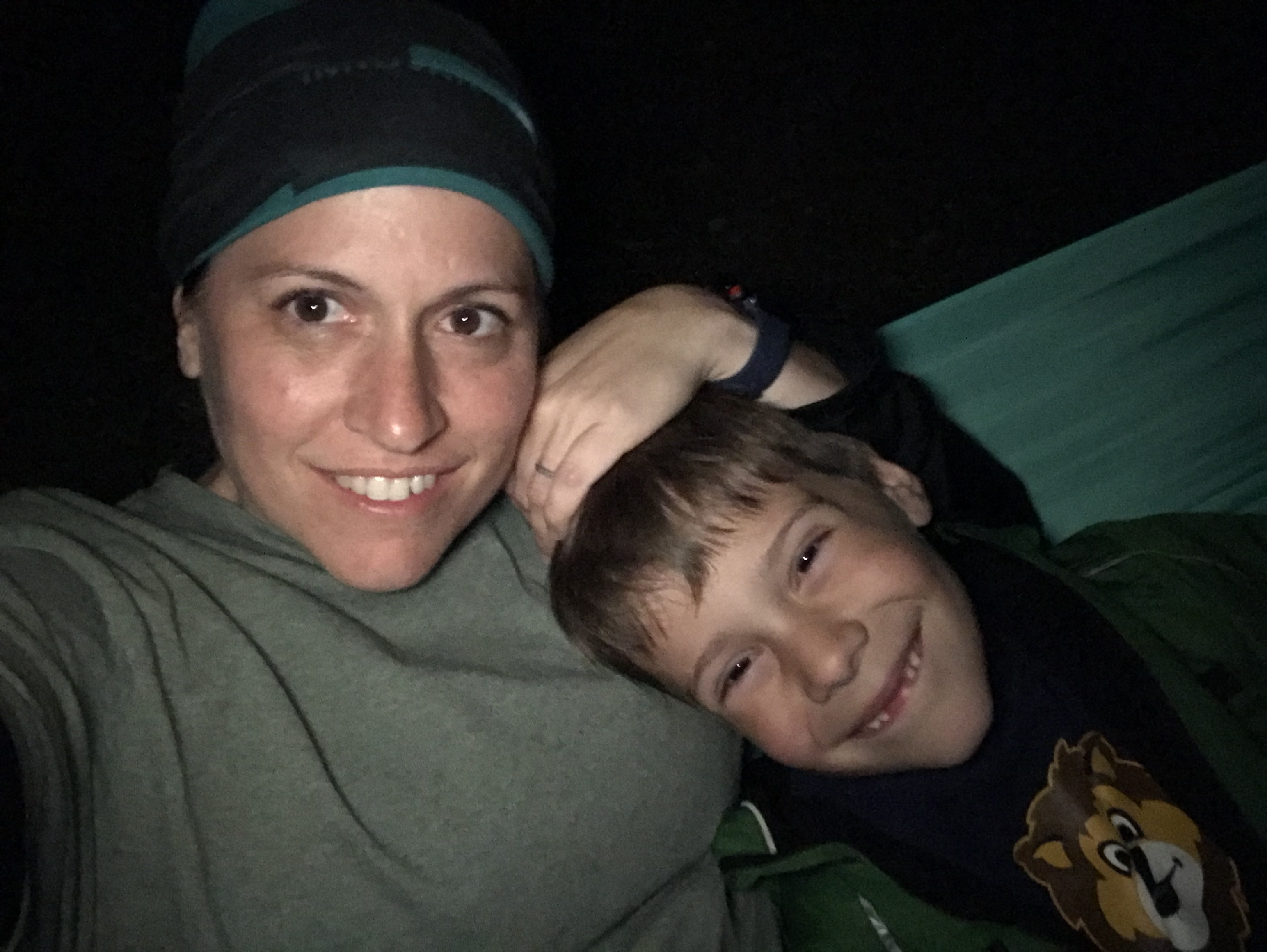 Knowing how difficult maneuvering a wheelchair is on natural ground and being familiar with the area we were placed in for the camping trip (the accessible lodging area was not available), we knew Colten’s wheelchair wouldn’t cut it and that keeping up by walking would be an overwhelming challenge and result in a lot of piggy-back carries. We decided that we would bring his Power Wheels Wild Thing – a ride-on toy that certainly took the Spina Bifida community by storm in 2016 when it came out and we purchased one as a gift for Colten for his birthday in October 2018. While on a hike, we took that with us and it still required driving it to the trail head, which then had a three-inch cement “step” down to the slightly more accessible trail (not very accessible right from the start). In the end, I had Colten on my back and it took two other adults to carry the Wild Thing that had quickly run out of battery on the trail. If you’ve ever dealt with Power Wheels vehicles, you know the battery alone weighs in solid; now add the actual vehicle to that… I appreciate the help the other parents provided us that day to no end.

Returning from that trip, I started looking into something I had seen in passing on various blogs or websites of other wheelchair users – a wheel that could supposedly cover “all terrains” – a FreeWheel. The FreeWheel could be clipped onto most wheelchairs, lift up the two small front caster wheels that cause much of the issue with traversing rough or loose terrain, and help the wheelchair more easily move around in those environments. However, Colten’s special footplate that allowed him to raise and lower it to more easily get in and out of his chair independently, would not accommodate the FreeWheel. It was too long front to back for the attachment system to fit.

At the end of May I called Binson’s and asked them to do an assessment on the wheelchair so we could get the footplate replaced to accommodate a FreeWheel. We didn’t know if they would simply replace it, have us pay for it, or if insurance would cover this. But we had to find out, since there seemed to be no other off-road options that we could find.

I wish the story went really quickly from here and I could tell you that Binson’s came right out, got everything written up, and we had a new footplate within months. However. Wheelchair. Insurance. Missing orders. Coronavirus. All of this sends our story that started in May of 2019, through July of 2020…. So you can either read what happened next or skip down to “TODAY”…

Fortunately, Binsons was fairly quick to get their Adaptive Physical Therapist to our house and assess the chair, also doing some minor cleanup maintenance on it. When he came out on June 10, 2019, he wrote up orders for full maintenance – apparently this is something that a wheelchair can get about every three years (who knew?! not us!) – including new wheels and a new footplate. He said he had to dig a bit more about the footplate and see what Ki (the wheelchair brand) could do for a replacement given the customization of Colten’s chair… when he first got his wheelchair, he used KAFOs and twister cables, which added bulk on the outside of his legs and when his chair was made, they flared it out a bit at the knee bend to accommodate that extra room needed. So it wasn’t a straight-up, off-the floor easy fit to go back and put a new footplate in. Off the APT went with his orders and investigations…

Thinking that was all in on track, I turned my attention to the FreeWheel and started looking at who sold it, how much, etc… Okay, $600. Not outrageous for the ability to move around easier, but $600. Not a chunk of money we have laying around for something we aren’t quite sure how often will get used. Although we did realize that this $600 was a long-term use product, as it should fit every wheelchair he ever has unless from here on out – so definitely worth the investment! Either way, I started asking around, seeking out special needs grants, and submitted about five or six applications to various organizations at the end of June.

One of those organizations I submitted a grant application to was GoHawkeye [ https://gohawkeye.org ], whose tagline is TRAVEL, ADVENTURE, FUNDRAISING. They have an “Enabling Grant” that is open to adaptive individuals and organizations  in the United States. It helps provide outdoor sports equipment and sports experience grants. In amazing timing, their grant cycle ends June 30 and Dec 31 each year; they do two focused efforts on providing grants each year. I submitted our application just in time to be considered for the June 30th deadline!

We got an email from Hawkeye himself, awarding Colten a grant that would cover the full cost of the FreeWheel! He suggested we use Living Spinal as our vendor so we got in touch right away with them. Once they sent us an invoice by the end of July, Hawkeye paid that for us and the order was on its way.

The FreeWheel arrived! Colten was so excited, which made me so much more excited! We had talked about how this would be easier on grass, at playgrounds, and while camping and he was looking forward to this addition to his wheels.

Oh but wait. It doesn’t fit his wheelchair footplate. You know, the one we had assessed in June? Hm. Still no word on that, so the phone calls began. After multiple calls, callbacks, messages, and even at-home attempts at modifying his footplate for the FreeWheel, we finally had a maintenance date.

Yes, November. You read that correctly! The maintenance providers from Binson’s came to the house and brought the new large wheels out and did the remaining maintenance on the wheelchair. As he seemed to wrap up his work, I mentioned the footplate. He was confused. There was no mention of a footplate on the order. Nothing in the notes. He didn’t have anything to do any work on a footplate or replace a footplate….Sigh.

At that point, I started calling Binson’s about this. Each time I would call, they would remind me that THEY would call me at the “next step” to keep me posted, but months would go by, I wouldn’t hear from them, so I would call and it seemed that each time I called, something moved. So I kept calling, not waiting on them. At this time, it seemed much of the delay came from the APT trying to get pricing and information from the vendor.

Throughout the winter, the FreeWheel could’ve been helpful in snow, but it definitely wasn’t a priority given the cold, so we continued to wait, call every now and then to figure out what new thing was holding it up. 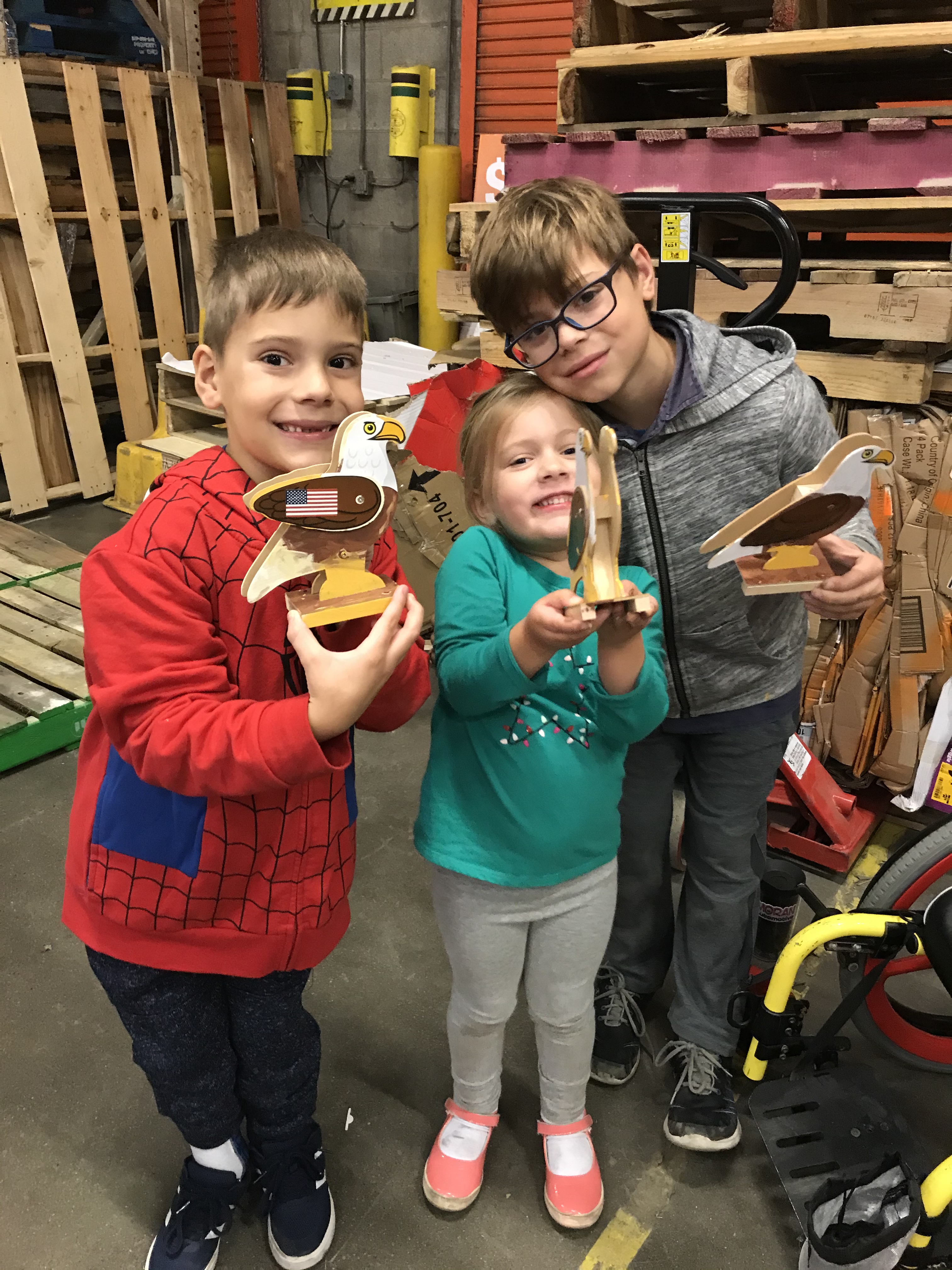 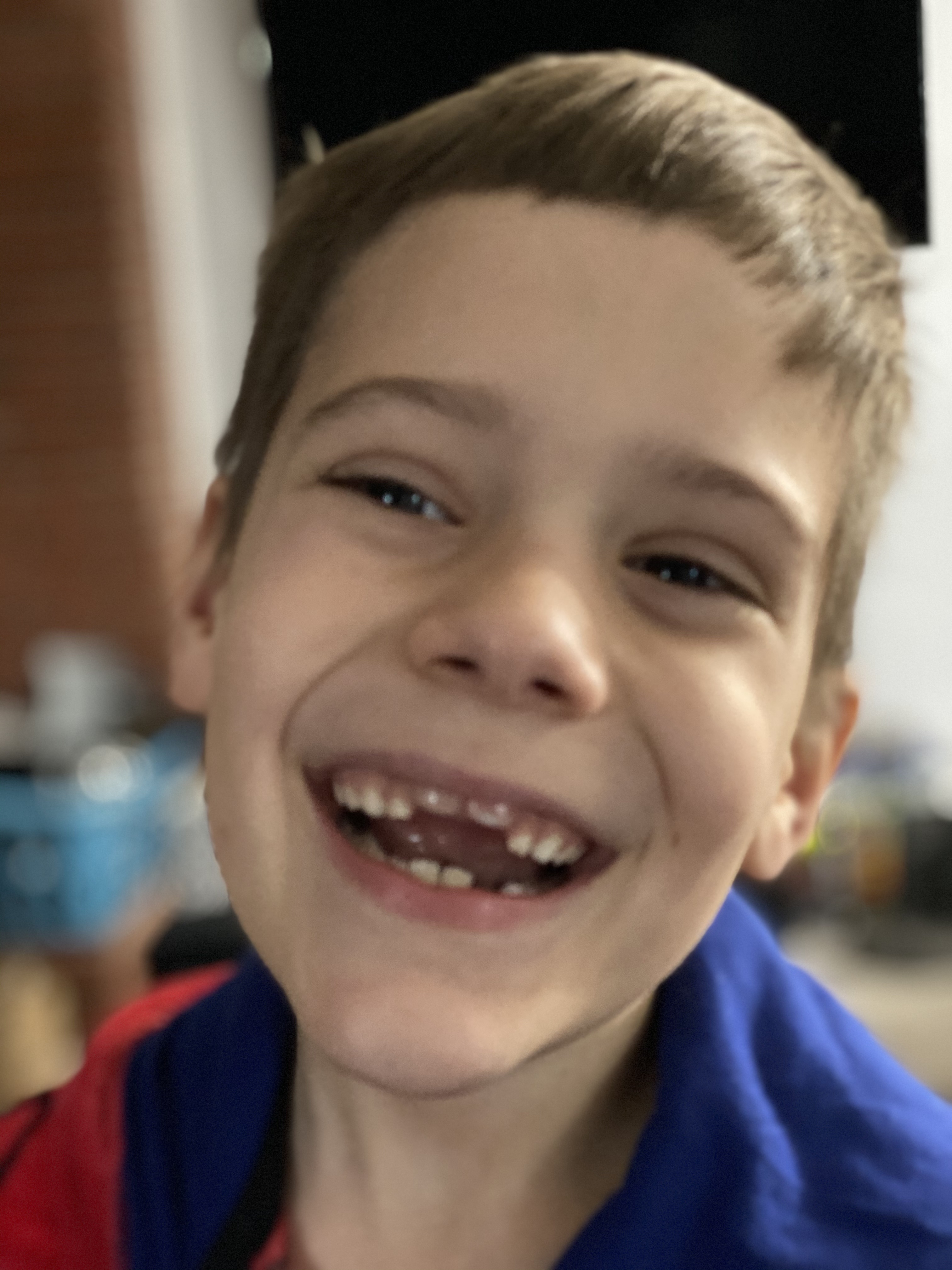 I did call Binson’s sometime in late April or early May to inquire about the status of the footplate; they had just returned from their own shutdown and took a look at his order status. The service person I spoke to on the call said she could see online that insurance finally posted the approval and that they would trigger the parts order. GREAT! So she was going to get that moving and they would call us when the parts arrived to schedule the actual repair. AWESOME!

I see Binson’s on my caller ID and am super excited to see THEY are calling ME and I haven’t even nagged them for a whole month – this must mean the parts arrived and they’re ready to schedule the repair!!! WOOHOO!!! A FULL year later – FINALLY!!!

The rep on the phone let me know “insurance approved the footplate pieces” and Binson’s would submit the order and call back again once the parts arrived and they could service it.

OH NO NO NO NO. HOLD. UP. NO. That poor service person got an earful. I did apologize before I ranted because it wasn’t her that I spoke with back in May, but I informed her that I had this EXACT. SAME. CONVERSATION. A MONTH AGO. And this was not acceptable. She was able to track the phone call back and look at the notes. Apparently whoever I spoke to in May was not part of Colten’s case or even that department, did not send the message through the proper channels (or at all), and his case sat there as if they were still waiting on the insurance. When they caught up to cases after their shutdown, they checked on his and saw it was approved and that’s why they were just calling now. So no, parts are not in, footplate not ready. Still more waiting. 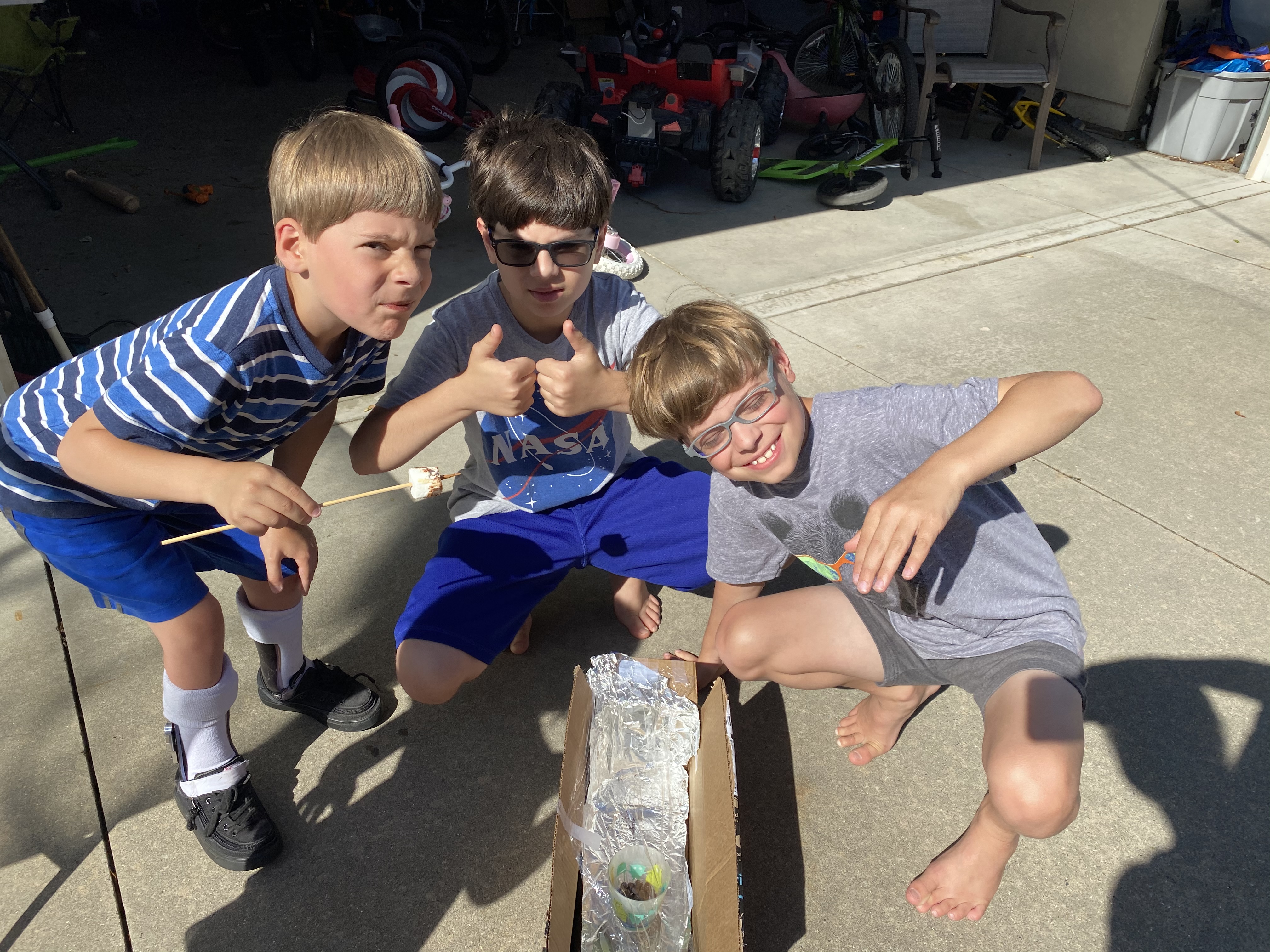 Binson’s on my caller ID again… this time, I expect them to tell me there’s another delay. At least if I go in thinking that, I won’t be disappointed, right? Thankfully, they called to let us know the parts for his service are in and they wanted to schedule the repair! Of course, things were still looking a bit different throughout all this coronavirus chaos, so we were able to schedule his repair for July 2nd and were told to pull up to the building and call. They would come out and get the chair, repair it, and bring it back out.

I feel like a kid on Christmas today. Seriously. I was so excited to be able to FINALLY get this done for Colten and also to let Hawkeye know we were heading in to get his footplate resolved. I started drafting an email to Hawkeye telling him I would send pictures afterwards… Then I thought I needed to explain why our grant recipient pictures were coming almost a YEAR later… and then I decided, I’ve complained about this enough to some people already that I might as well post this as a blog so I don’t have to explain it to everyone individually, and then Hawkeye can read it and so can anyone else dealing with delays in wheelchair repairs. I’m VERY grateful that Colten’s repair was NOT an emergency and did NOT impact his daily living – the process itself is frustrating. And as you speak to other parents with children (or adults themselves) that have significant medical needs, you’ll likely find similar stories of waiting, calling, waiting, mistakes, errors, waiting, oversights, waiting, calling and more waiting. It’s tiresome in so many ways. Worth it for this kid, EVERY MINUTE of waiting and calling.

So TODAY – right now as I type this, Colten and I are in the parking lot of Binson’s as the wheelchair gets repaired. I have the FreeWheel in the car with me, because there is no way I’m pulling out of this parking lot without ensuring this will attach to the new footplate. Come hell or high water.

YAAAAAAAAY!!!!! It fits, it works, and despite blazing heat today (he overheats easily), he tested it out briefly and took to it quickly. Can’t wait to see where he can go with this…many adventures to come!