It’s something we read about from day 1 – the questions kids with Spina Bifida ask when they’re old enough to realize that everyone doesn’t have Spina Bifida. 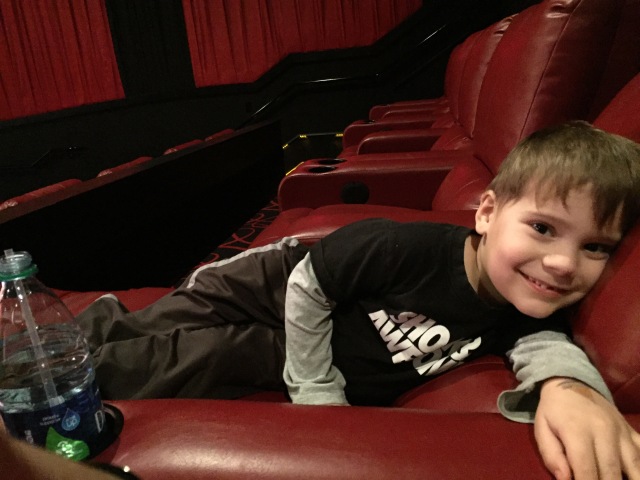 First movie he sat all the way through – LEGO Batman!

I remember reading other parents’ blogs or posts on social media about their child asking things such as, “When will my Spina Bifida get better?”, “Will I always have Spina Bifida?”, or “Why can’t I do ‘x’?” We knew the day would come when Colten started asking those questions. I’m just not sure it is anything you can really prepare for. You have no idea what goes through a child’s head, how they think about things, or how they might process it all. You never know when they might realize something is different – and not different as in “everyone is a unique and special snowflake” – different as in, not able to do something that seems easy for everyone else. Or different in that you have devices and things that others do not. 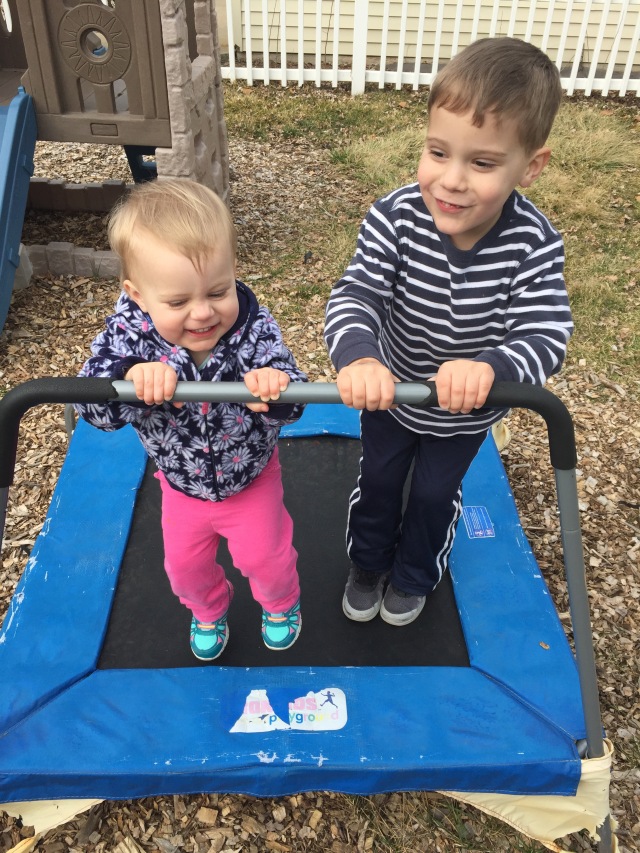 Over the past couple of years, there have been a few occasions where Colten has remarked how he’s not as fast as his brothers. At his age, it’s easy to calm those tears with “you’ll get faster when you get older” or “well, your brothers have longer legs, they’re older, etc”. Last summer we noticed a few times where our kids and the neighbor kids were out playing, running around. Colten was right in the mix. Then I looked out a few minutes later and saw him sitting by himself on the porch while the other kids continued their game. My heart broke for him. I opened the front door and asked, “Colten, is everything okay out here?” He responded, “Yeah Momma, my legs just needed a rest. I’m okay!” At that moment I realized it probably breaks my heart more than his at this age.

Now, over the past couple of weeks, Colten has commented more on different things. I think it’s becoming more evident with a little sister around, too.

Showing off their new shoes, hand-picked by their Grammy!

One day as I was tossing an old pair of his AFOs into a bin, he commented, “Now we can save those for Sophia!” So then the conversation that follows tries to teach him why he needs braces, and why Sophia does not.

“Do you know why you wear braces?”

“Because I have Spina Bifida.”

“Does Sophia have Spina Bifida?”

“So does Sophia need braces?”

A while back he said, “When I’m older like Parker, I won’t wear braces anymore.”

“Well, I’m not sure Colten. You might wear braces. Do you know why you wear braces now?”

“Because I have Spina Bifida.”

“And what do the braces help you with?”

“They help me not fall down. And so my legs don’t get so tired.”

“Right! They also protect your legs from scratches and things you cannot feel on your legs.”

Those have all been pretty easy. Pretty simple. Then when he started school, I figured the fact that he still is in diapers would become an issue, and sure enough, he noticed. However, it wasn’t the issue I thought it would be. He came home one day and said, “Mom, why do all the kids in my class wear underwear, except me?” So I explained how the bladder usually works, and why it doesn’t work like that in most people with Spina Bifida. I asked him if he would like to talk to the doctor about making it so he could wear undies like his friends and brothers. He replied, “No, I just want my whole class to wear diapers. Even my teachers!”  🙂 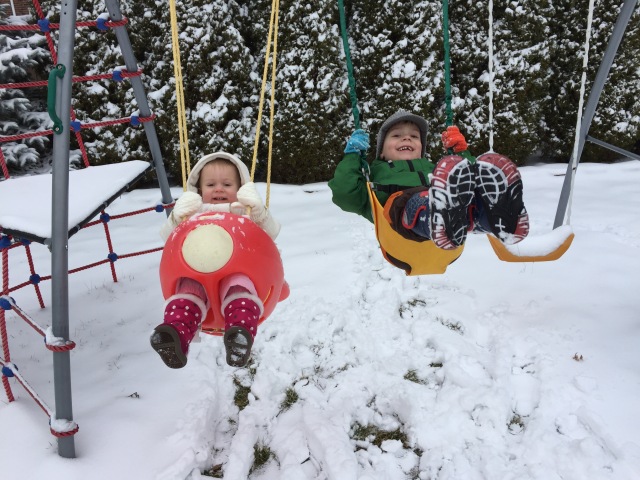 What February usually looks like in Michigan. Doesn’t stop these two from wanting to swing!

Then last week he said a couple times as he would get up off the floor after getting dressed, “Why can’t I stand up like my brothers do?” The first time I wasn’t sure what he was saying and blew it off. Then he commented on it again and I asked him to explain. When Colten stands up, he has to go face down on all fours, use his hands to balance, and then he pops his bottom up and his legs up and then stands up. According to Colten, his brothers just put their feet out in front of them and stand up without really using their hands in any way. It took him multiple explanations for me to understand what he was even saying, and I wanted to reply, “WHO THE HECK CARES?!” but clearly he cares!

I wasn’t quite sure how to truly address this besides our typical standby explanation – everyone does things differently. We have found that this simple concept often is perfect at his age – and even his brothers’ ages (6 and almost 8).

How come he wears glasses? Some people need glasses, some people don’t.

Like Parker, who got his first pair of glasses last month!

How come that person only has one leg? Some people are born with only one leg, or one arm. Sometimes someone might get a bad boo-boo on their leg and the doctors have to take it off so the rest of their body doesn’t get sick. Sometimes they wear a prosthetic leg, sometimes they don’t.

USUALLY, this simply concept of people and differences appeases them from what we can tell, and it reminds them that every person is different and has different abilities, features, and needs. No big deal. Hopefully.

So Colten, you stand up differently than your brothers because that’s what works for you and that’s how you’ve learned to do it. In the end, it doesn’t matter how you do it, it just matters that you’re doing it.

Our post just prior to this one, many of you visited and noticed it was locked. It contains some personal information related to an upcoming slate of surgeries Colten will undergo in June. Due to the nature of the information, we password-protected that post so our closest family, friends, and supporters would only have access to it. If you feel you fall into that category, feel free to contact me for access to the post.

5 thoughts on “Why Can’t I Stand Up Like My Brothers?”