It’s been a long five months. A very, very long, difficult five months. June feels like forever ago. Colten’s surgery feels like forever ago. It’s been rough – I won’t lie about that. This was a huge surgery and we knew it would be rough. While Colten appeared to recover with relative ease (except for that damn blood clot and a lot of medical anxiety/PTSD), the aftermath of surgery took a toll on us. We went back to square one with his bowel routine and it took months to get the solution back to working – we continue to have issues even now. That was somewhat expected, but still so frustrating. And messy. We also ended up having to do more shots for his blood clot than we expected, and instead of getting easier, it got harder. He was so tired of them. I hated giving them.

Without divulging much else, I’ll just leave at this – the past five months have been an experience we would prefer not to relive and we are glad that what seems like the worst is all behind us. We still feel we made the best decision for him, his care, and his future – it just has been exhausting. He still feels positively about the outcomes, except for the regularly occurring accidents of course.

[Sidenote: The pictures in this blog post have nothing to do with the content, but it’s always more fun to see pictures than not, and these were some cute ones from the past few months!]

Add into those five months the entire rest of our lives still going on… My work ramps up in the fall big time and I’ve had three week-long, out-of-state trips for work, managing conventions and exhibition shows. That puts a totally different spin on our lives during those weeks, and changes Colten’s care a bit to accommodate for me not being there every day. School started for the boys back in September of course, and that brought with it some interesting meetings with our school district in regards to appropriate care for Colten while he’s in school. Our older two boys are in cub scouts – Richard is the cub master and I’m a co-den leader…and we run the popcorn sales for the pack (over $48,000 in sales this year!!!). And lastly, our kids’ school fundraiser runs the entire month of October and the chairperson for that is, you guessed it… me. The community did an amazing job and raised $21,000+ for our little school – I’m in awe of how well they did but very thankful that is done for the year. It’s a lot of work every single day in October at an already incredibly busy time of year. 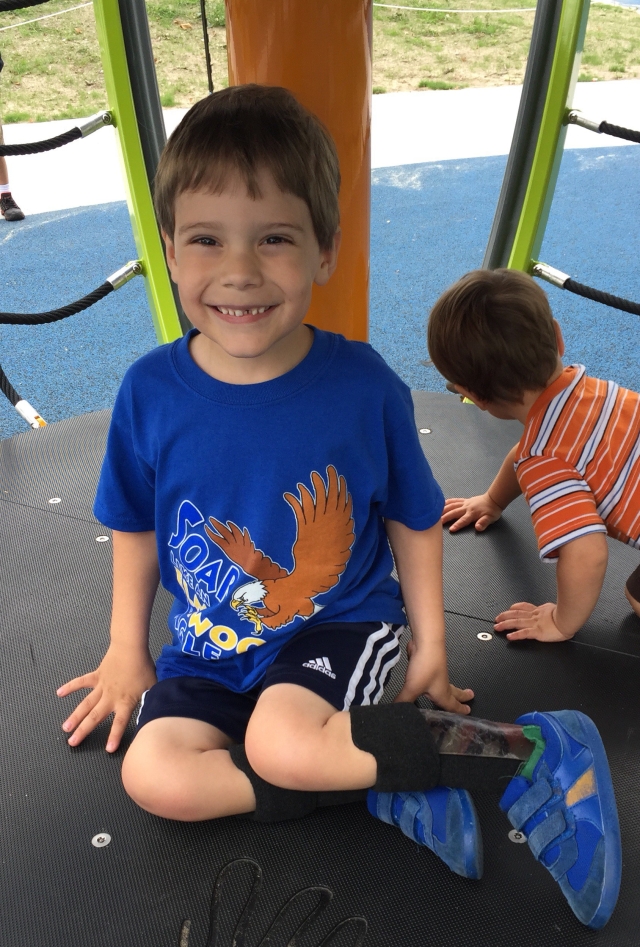 Maybe we need to do less. Maybe we need to say “no” more often. Maybe we need to be less busy. But right now, this is life, and life with four kids with two working parents who enjoy being involved in the school/community is just busy. But busy turns into stress and stress is the part that can hurt. As we come to an end on all of this crazy fall stuff – my conventions are over for the year, popcorn sales are done, the fundraiser is over… we are finally starting to breath again. Just in time for holidays, right?! 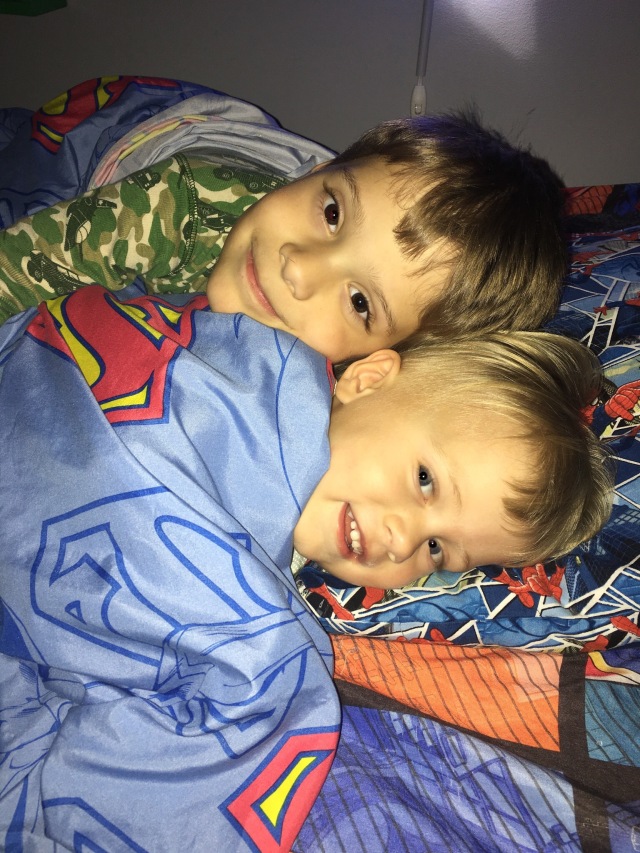 In the midst of all this, as I carted children place to place, or drove to meetings, I kept hearing on the radio about Jay’s Juniors. If you are from the east side of Michigan and listen to 100.3 WNIC, you may be familiar with this program. Each year for the past four years or so, they take kids that have terminal illnesses, extensive medical needs, and/or physical disabilities, and send these kids with their entire families to Disney. Entirely for free. Richard and I comment every year about this program because every year we get a bit teary-eyed listening to these stories. Mostly because it pulls at our heart strings. Partly because we get it and it hurts when you have a kid that has to go through all this and it’s amazing that there are people in this world that offer these types of things to families that go through so much to help and care for their children and fight for their children.

This year, as I listened and heard the ad over and over, I thought to myself, I know quite a few kids that I could nominate for this. I kept telling myself to go online and get the application – how cool would it be to nominate one of these kids we know and have them surprised with something like this?! So I did. I went online, pulled the application, and read through it. But I could not nominate the other children. You have to nominate your OWN kid, sign the waivers, provide detailed information only a family would be privy to. I sat and stared at the application for a while. It felt funny to nominate Colten for something like this – not because HE doesn’t deserve it, but I felt like our family didn’t need this as much as some other family might. So I tucked it away.

A week or so later, I continued to hear the radio announcement just about every time I was in the car. I kept thinking about our summer. I kept thinking about the past five years since this boy was born. Nine surgeries – a major spinal surgery, two brain surgeries, urology surgeries, two bilateral eat tube surgeries plus adenoid removal, a major reconstruction and rerouting surgery of his entire bladder and bowel systems. Therapy after therapy after therapy. Braces that he’ll wear for the rest of his life. Bathroom experiences every single day that no child should ever have to go through. Almost 100 injections over the summer. More medical appointments than even I can handle some weeks, let alone him. I don’t know how this kid does it. I don’t know how he stays so awesome, happy, smiley, precocious, friendly, caring and genuine.

So after talking through it with Richard, we realized that if we felt Colten deserved it, we should nominate him. If the contest people didn’t feel that his experiences warranted such a trip/prize, then they wouldn’t pick him. So I submitted a nomination for Colten.

On Tuesday, 10/31, I got a phone call from Jay Towers himself. They picked Colten and we’re going to Disney!!!

During the call they asked me more about him, more about Spina Bifida, and then invited our family to Disney this December. That phone call was so overwhelmingly emotional to take, AND I COULD NOT TELL ANYONE except Richard and our kids. But I couldn’t tell our kids because I know they wouldn’t keep it a secret…so it was just Richard and I holding onto this amazing news. We are incredibly excited for Colten – and all our kids – to experience Disney this way. WNIC and the sponsoring parties pay for our entire family’s airfare, hotel accommodations, park tickets, dining, and even provide spending money.

There is still a big part of me that feels like someone else deserves this more – but then I look at this kid and what’s he gone through and how much he has overcome, and I’m glad he gets this massive slice of fun and happiness coming his way. He deserves it. And I look at what his siblings have learned and been through along the way. They deserve it, too. So thank you, Jay Towers and crew, for putting together this opportunity. Thank you WNIC and all the sponsoring organizations that help make this type of experience a reality for families!

Our kids don’t know much about Disney – when they hear Florida, they think of their great aunt that lives there and LegoLand. So Richard put together a little video that allowed us to give them some sneak peeks into what Disney is and let them know we’re going…

​
I recorded their reaction, but it was really a non-reaction. There were no children jumping up and down, no smiles, hugs, tears or screams. More like blank stares. Our children have NO IDEA what a Disney Theme Park is – which kind of makes this crazy cool because they’ll be overwhelmingly excited to get there! They know characters and movies of course, but just have no frame of reference for what “going to Disney” means. We have since showed them some videos of parks and hotels, etc… And now they are VERY excited and have tons of things they’ve seen on the videos that they want to do. So in less than a month, we’ll be off!

8 thoughts on “A Slice of Happiness”