The day started off overcast but it was still warm and way nicer than Michigan! 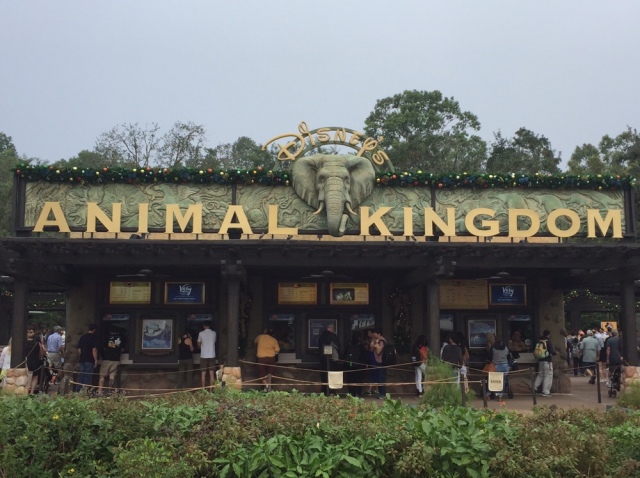 We quickly realized that having me take the two littles and all the bags allowed the older two and Richard to get through the entrance much faster and get in a line that was sure to be long. So we did that and they went off to one area of the park and once I got through the line, I went to a different area of the park more suited for Colten and Sophia. We all saw some beautiful scenery and animals, including the Tree of Life, and got on some rides. 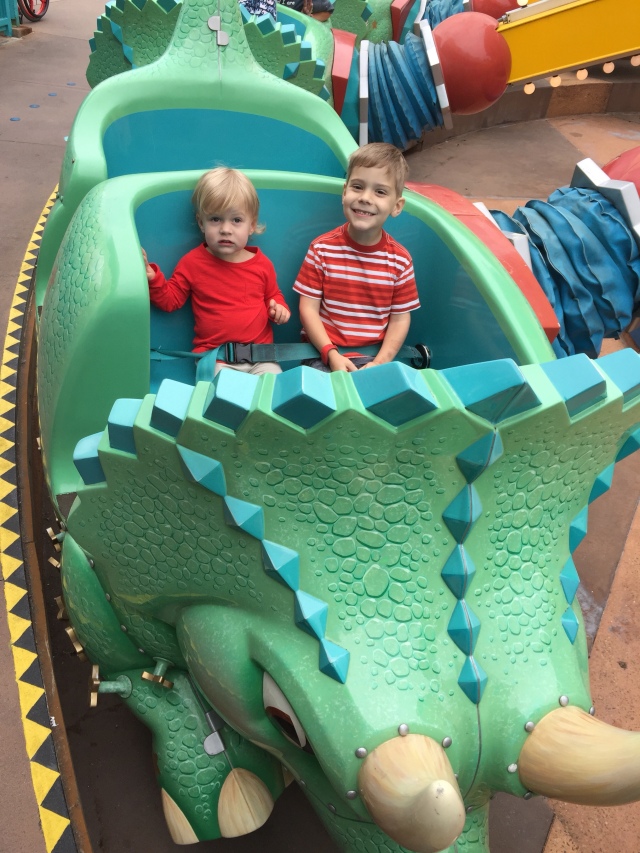 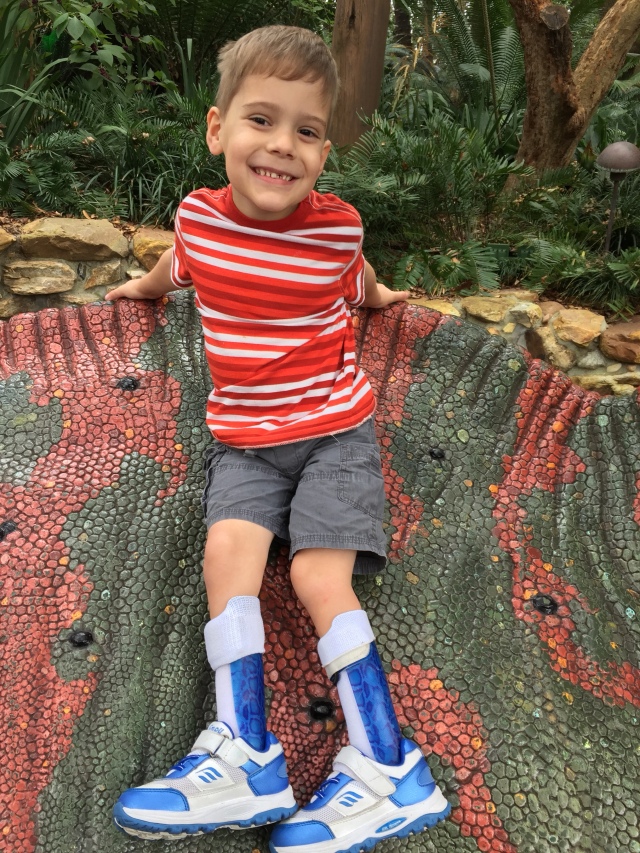 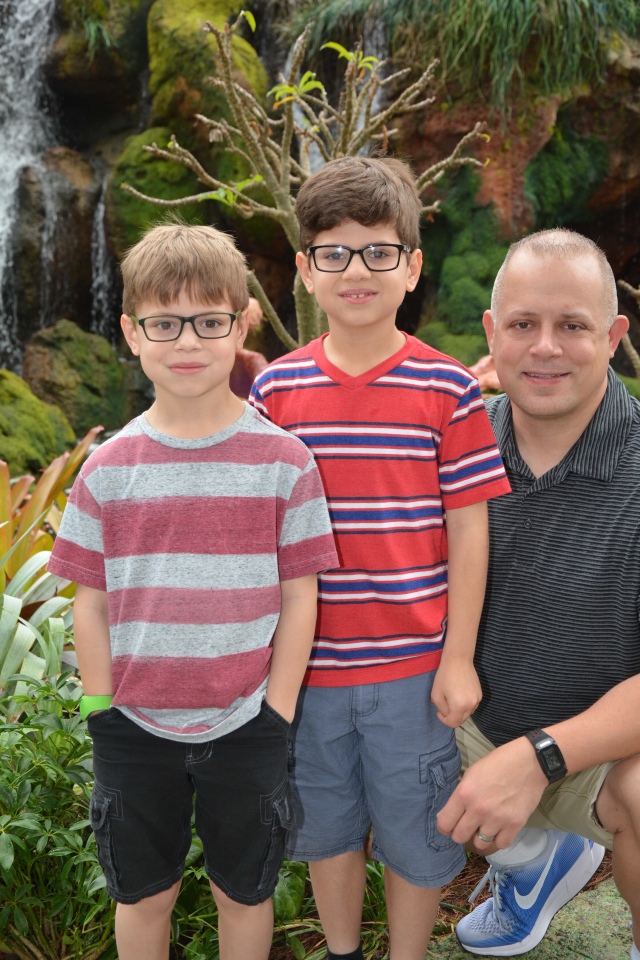 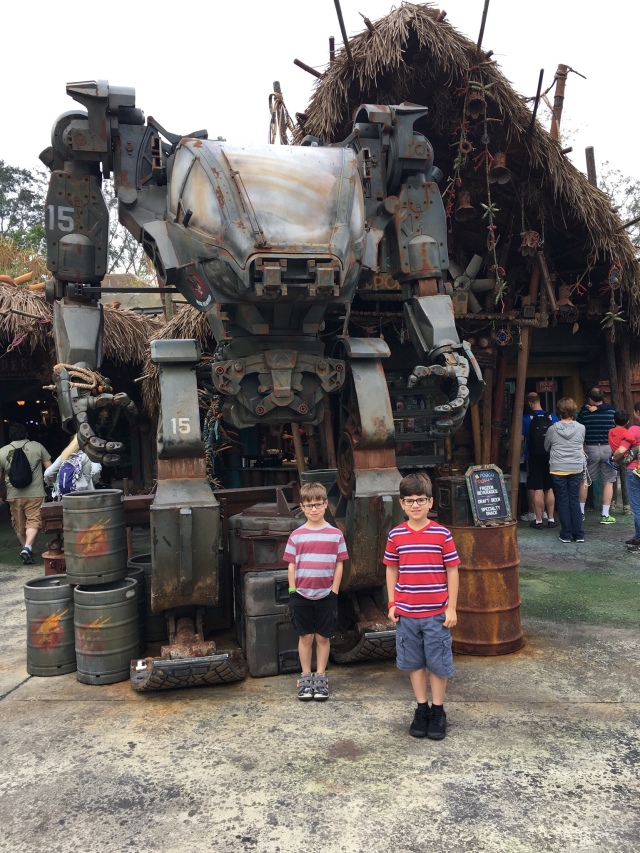 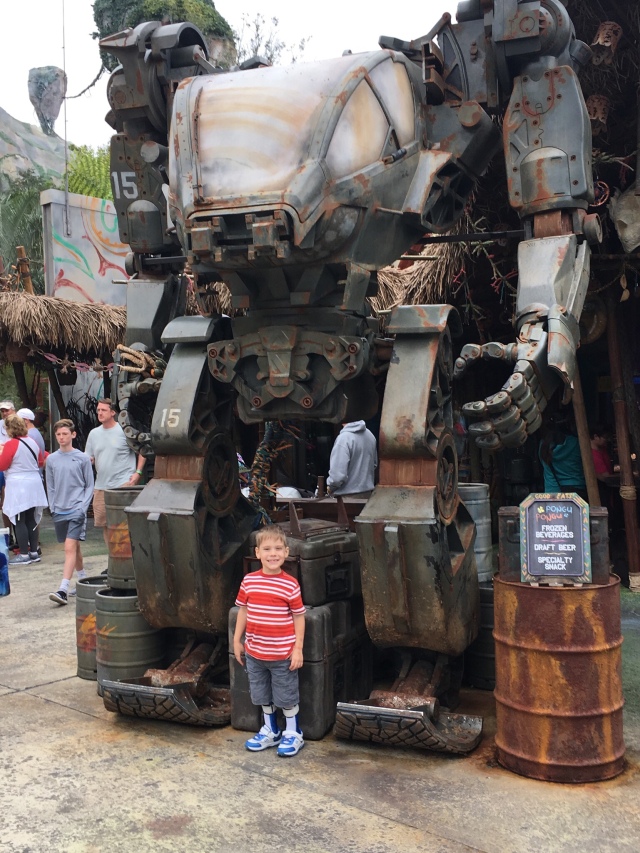 Colten and Sophia enjoyed DinoLand quite a bit and we happened to be in the right spot at the right time and were first in line to meet Safari Donald!

As the day moved on, the older boys met us in DinoLand and Parker and Max agreed to another (tamer) roller coaster, Primeval Whirl! Given their experience the day before, I was so thankful they agreed to this, and that they enjoyed it.

We took in The Lion King show which was incredible. As you can see from Max and Colten’s faces in those theatre photos, they were enthralled! (Parker was in processing mode.)

We thought we would head back midday again, but we found that there wasn’t a TON we wanted to do here, so we stayed a bit later, till almost 3p, and figured we would enjoy the hotel pool before dinner. We had reservations at Tusker House, but I ended up calling the reservations line to find out if we could get into a character meal instead. Thankfully they were incredibly helpful and got us into Chef Mickey’s at the Contemporary Resort for a very late dinner. We didn’t mind – all our meals were late and we snacked between. We knew the kids really wanted to see these characters though and lines at the parks were forever long. I’m addition to that change, once we got back to the hotel, Richard snagged a FastPass for the Test Track at Epcot that Parker had really expressed an interest in. We figured they would go there and meet us at Contemporary. (Much bigger smiles on Parker here!!) 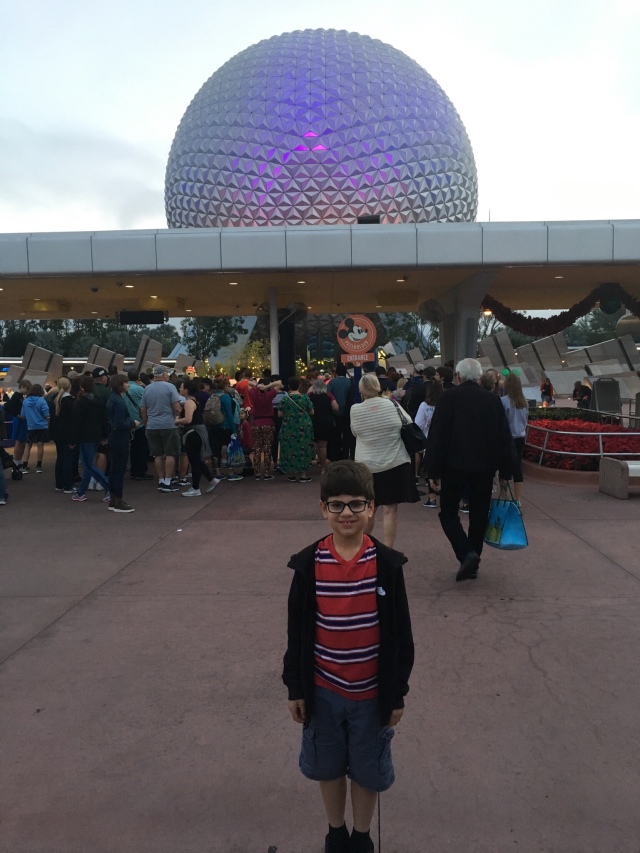 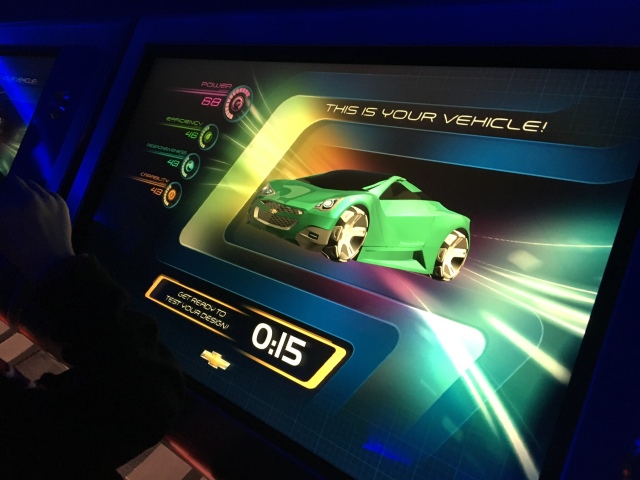 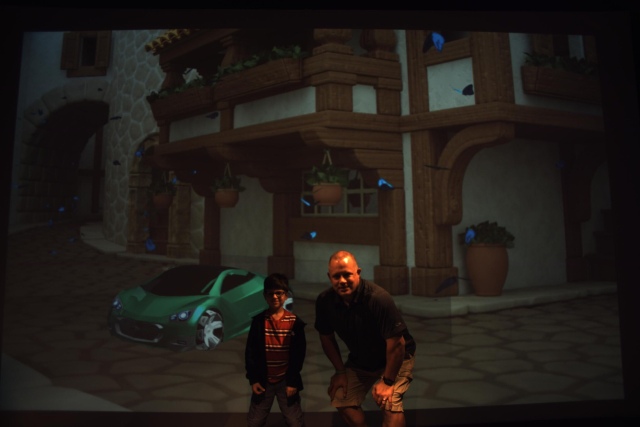 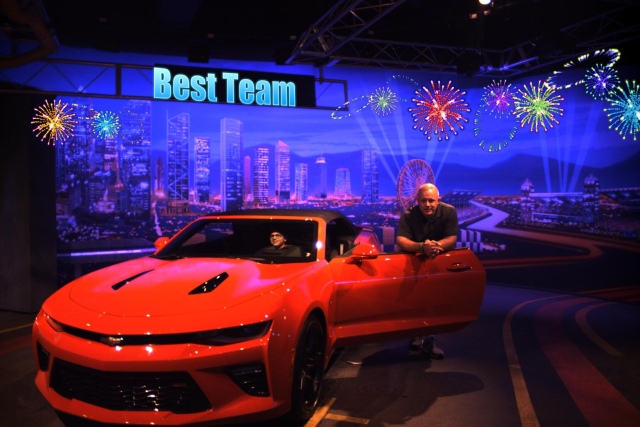 This was a great plan until I decided that me and the three other kids would go find their souvenirs before going to the Contemporary. I had initially sent Richard with the list of things they saw at Magic Kingdom that they wanted (we held them off in case they found more stuff at Animal Kingdom), but the lines were so long for Test Track even with the Fast Pass, that they were going to cut it too close. So I decided to load up Max, Colten in his wheelchair, and Sophia in the stroller, and get on the bus from Animal Kingdom to Epcot, get through the entry gates and checkpoints, and go shopping. Please don’t ever do this on a tight schedule. This took way longer than anticipated and I literally had to run through Epcot to the store pushing the two of them and not running over Max, find the items they wanted (we had looked on the app already so that helped), then run back out to the monorail station. We missed the monorail by minutes and had to wait, on an incline, for what felt like 30 minutes. And Max had to go to the bathroom. But they all had new stuffed buddies to occupy them so we were good! 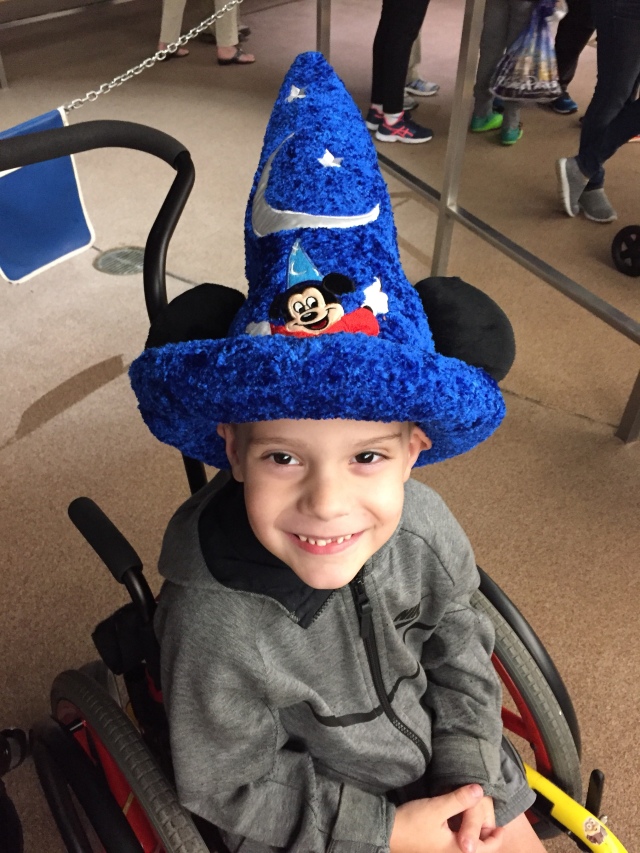 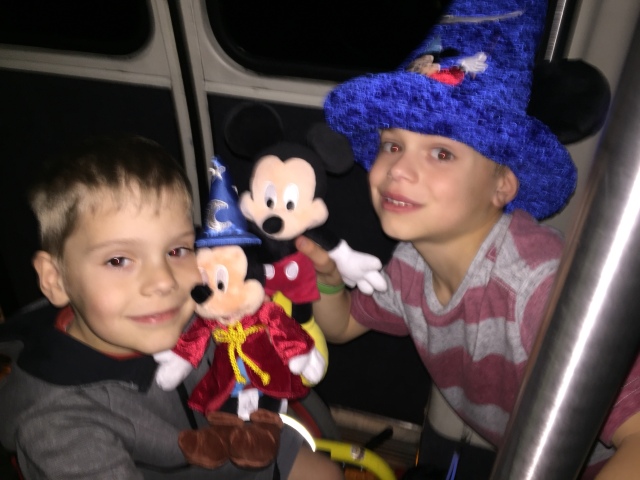 They enjoyed the monorail ride and we got to the Contemporary a few minutes past our reserved time. Because our entire party was not there – Parker and Richard were at least 20 minutes behind me still, they postponed our reservation. I was just glad they didn’t cancel us!!! 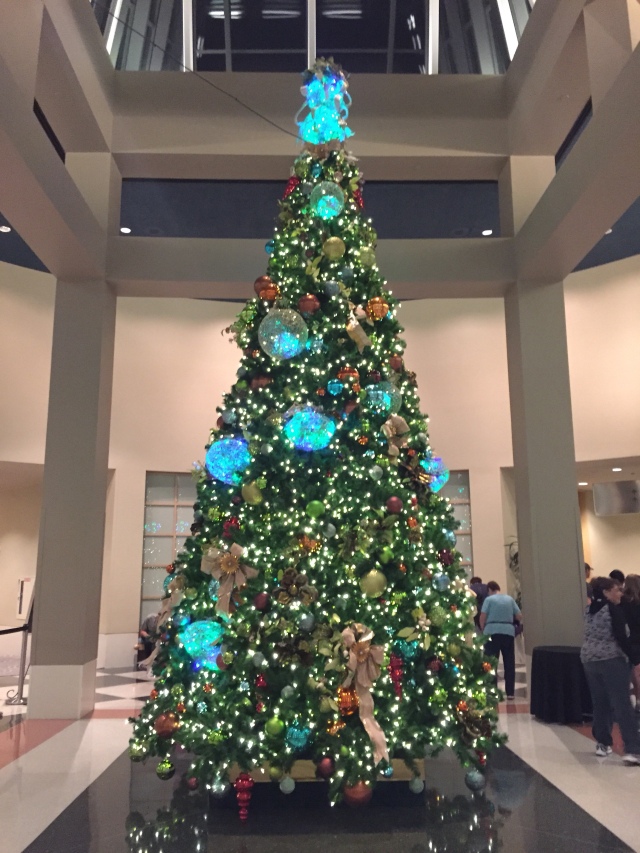 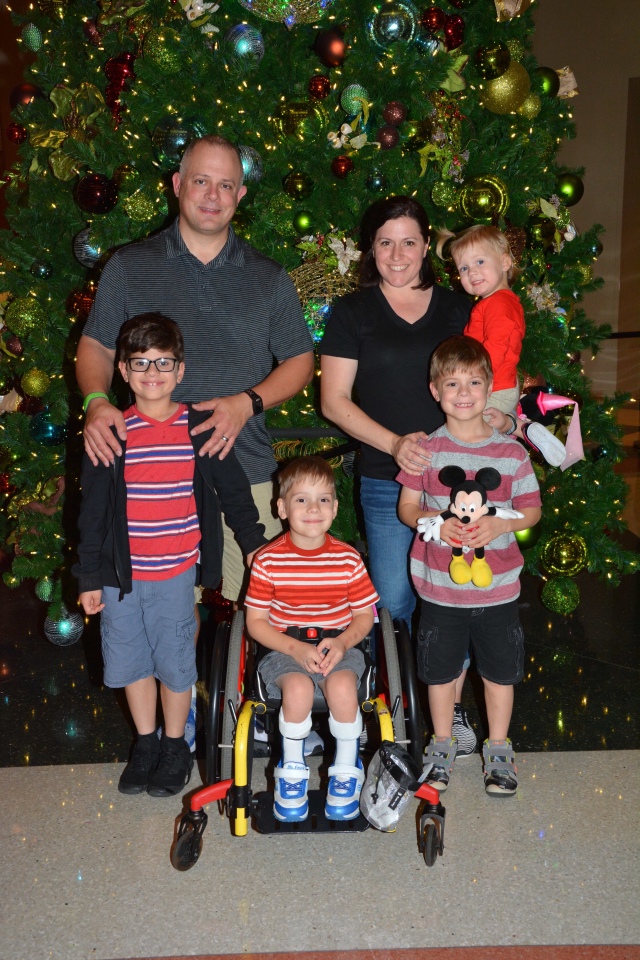 Chef Mickey’s was temporarily moved out of the actual restaurant into the convention center but having no prior experience, it was still amazing! There was a huge gingerbread house and dessert display in the middle of the room, with plentiful buffets all around to eat from. Again, more food than we needed! We met Goofy, Minnie, Donald, Pluto, and finally Mickey! All the kids fell asleep on the way home from this one!

Richard snagged a picture of the artwork the boys did on the table – mostly this corner was all done by Parker as evidenced from the cursive writing (he LOVES writing in cursive!) and artistic ability… 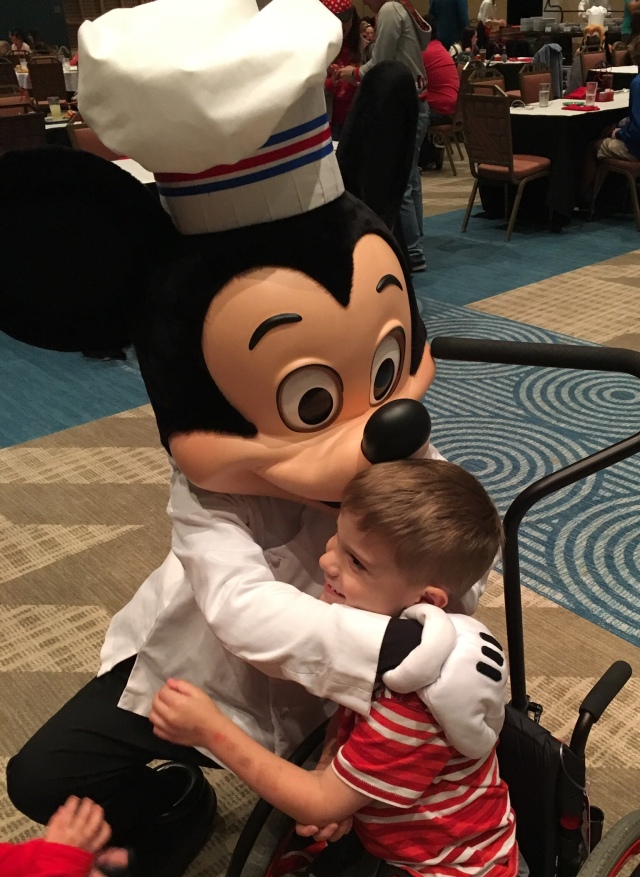 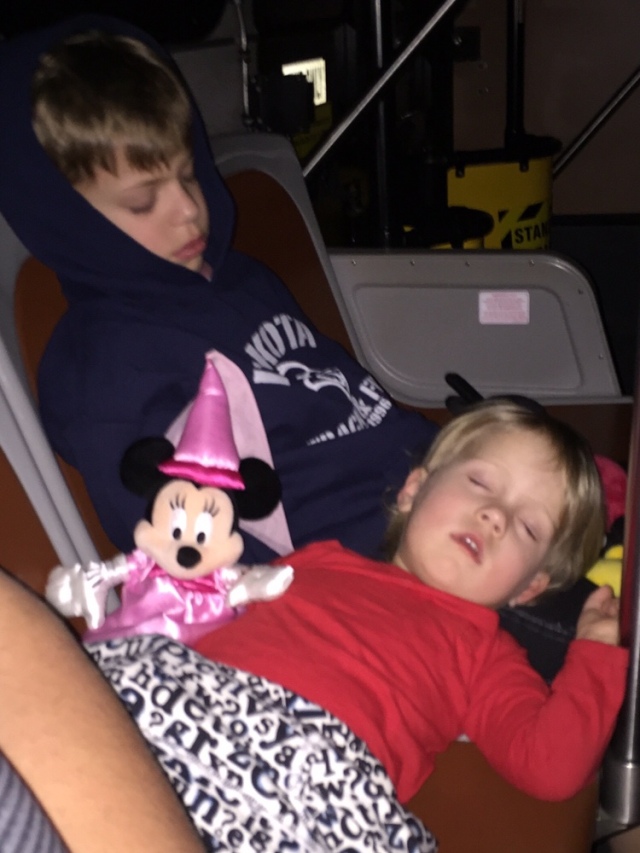